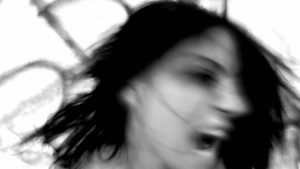 Often people come to me and they say they have an anger problem. They often tell me they are just like one of their parents, they inherited this. Did you know that there is no anger gene? Anger is a learned behavior and as long as you practice getting angry you will be very good at it. Anger is not a “get out of jail free” card allowing you to say whatever you want to say and behave in any way that suits you at the moment. Whoever you have been angry with remembers what you have said and remembers that you thought that about them. They don’t forget any intimidating or violent behavior, or if you just walked away. Your anger can leave others feeling hurt, abandoned, afraid, and angry themselves. If you are trying to solve a problem with anger, you are likely not having much luck. As children, we learn that anger works to get people to stop doing what they are doing. If your mother or father became angry with you, generally you stopped what you were doing. As adults, being angry with other adults is pretty ineffective though. (You may have noticed this with your teenagers in particular)

The feeling of anger may be your personal notification that a line has been crossed and you need to set a limit for yourself. That limit is more likely to be heard in a discussion rather than a yell-fest. If the person you are speaking to doesn’t understand what you are trying to communicate, try a different way of saying the same thing as opposed to repeating yourself. Remember that someone can understand you and also not agree with you. Understanding and agreement are not inextricably linked. Ask the person to repeat what they heard. Ask them what they think. Be open to modifying your request based on their thoughts and feelings. You are not in the relationship alone. If you become frustrated, take a break, go for a walk, think things through. Think about what it is you’re really wanting from the other person. Then go back to the discussion. Practice calm discussions and behaviors and you’ll get good at those.